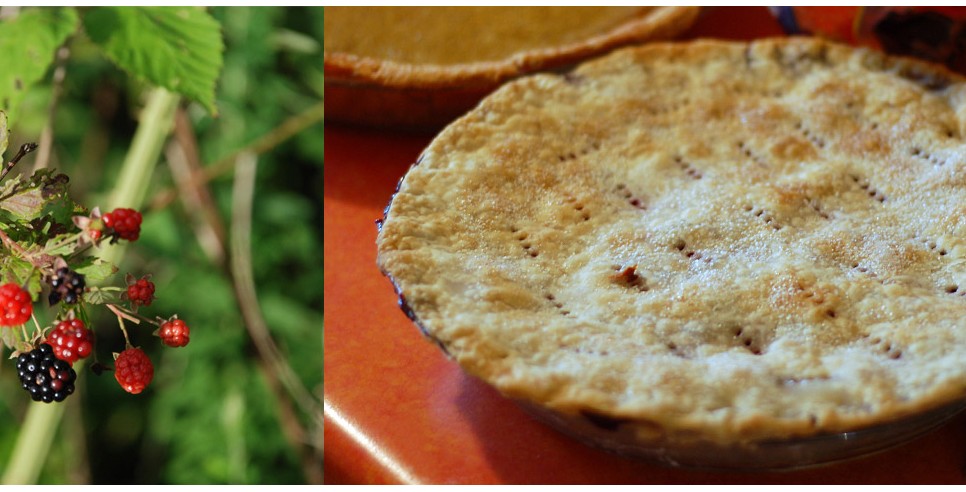 Every summer while I’m on the Oregon coast, I make blackberry pie.  The concept of pie is larger than a summer pie and means whole or wholeness that is divisible into shares. If you apply the concept of pie to the media, it is apparent that only a few people like Donald Trump and Kimye who get the whole pie.

It takes lots of dollars to catapult yourself to a height that commands whole media attention—from Twitter to the New York Times, and everything in between.  The media has become so fragmented that the only way to capture the entire pie is by spending hundreds of thousands, if not millions, of dollars on P.R.

If you want to command the whole pie, there is another option—you can die young and under mysterious circumstances, like the rock star Prince. Natural disasters and terrorist attacks also command media wholeness. But the media attention devoted to tragedy quickly wanes after a few days.  Once the shock value has worn off, there is no money to be made in web traffic or advertising.

To get yourself a whole pie, you have to keep spending money like Kimye and the Donald who both dominate the news by baking fresh pie every day.

When it comes to the media pie, the majority of people in the United States only get bits and pieces, the flakey crumbs.  There is a popular belief that because of social media people are empowered to make their own pie. Anyone with an opinion can post and tweet and it doesn’t matter if what they say is smart or true. And while they feel empowered, they aren’t commanding pie. They’re nitpicking, sort of like spitting out tiny blackberry seeds that were stuck in their teeth.

And yet we all search for wholeness.  As human beings we’re driven to make pie. We search for connections. We want more than bits, pieces and leftover crumbs.  We want the whole pie.

I make more than a mean blackberry pie. Pumpkin, apple, peach & blueberry and chocolate cream pies are among my specialties. Take it from a master pie maker, the mission behind PR for People® is to get you a share of media pie.  We can’t deliver the whole pie, but we can get you a slice.

We report stories in “The Connector” that give you a way to make connections in your own life.  Our eclectic mash-up of stories range from a homeless man’s fall from grace, and why one elderly gent in Nebraska became the only male quilter among bevy of women, to an attorney’s views on branding, or a comedian telling us why laughter is a healing art. We also cover regions of the country that are traditionally underserved by the media: Erie, Pennsylvania; Detroit; rural Appalachia; and the Bronx.

This is how we make pie.