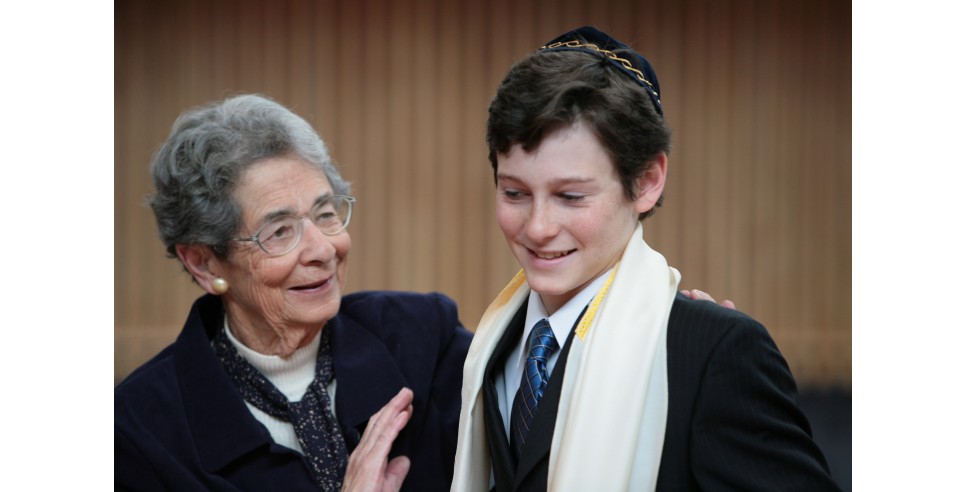 This year marks the 50th anniversary of the Catholic Church’s “Nostra Aetate,” a document declaring the church’s relationship to other religions. All of us, on occasion, wonder how other people view the religion we were born into. Thus, “Nostra Aetate” is of great interest to non-Catholics, including the Jews. Greatly influenced by the moral complexities of the Holocaust, the document forswears, in part four, the centuries-old "deicide" allegation against all Jews. It affirms the religious bond shared by Jews and Catholics, acknowledges the eternal covenant between God and the People of Israel, and dismisses Church interest in trying to baptize Jews.

Encouraging words, but has it really advanced the Catholic clergy’s outlooks in every corner of the world?

My misgivings were piqued when Samuel J. Aquila, Archbishop of Denver, came last year to Steamboat Springs, Colo., a Western U.S. ski resort, to consecrate Holy Name Catholic Church. Proudly rebuilt from a modest church into a considerably tall edifice in a town that has prided itself in keeping its original, low-key western buildings, Holy Name invited the whole town to hear the Archbishop, who had traveled from Denver.

In his homily Archbishop Aquila included, “The Jewish people and the Romans thought, for sure, we are done with this guy [Jesus]. It’ s over. They put him down by the most heinous means of capital punishment. They crucified him to the cross. All of us know the shock and horror that is present in our hearts as we see and watch the video of men being beheaded in our own time. That’s over in an instant. Crucifixion was not over in an instant. And he did that all for love of you. And the midst of that, we see why his name is exulted. The Jewish people did not believe his promise that in three days I will rise.”

This homily can be observed from many different points of view. The smooth-spoken comment, “men being beheaded in our own time. That’s over in an instant,” is frightening. Being a prisoner/hostage for months at a time in the Middle East, and each day not knowing if this is the day you are going to be beheaded with a knife – perhaps a blunt knife – are extreme forms of physical and psychological torments. If Jesus died for our sins, he would doubtlessly have compassion for those being beheaded in the Middle East.

I did not attend the consecration but, without my asking, a Jewish friend of mine who was present related full of dismay that the Archbishop’s homily had dampened the celebration. Some people actually walked out. Curious, I obtained a video of the homily and as I listened to his historical interpretation of the Jews, an image of my Aunt Henny, who was gassed to death in Auschwitz, flashed in front of my eyes. I could name more relatives, but a list is not the point of this article.

Steven K. Baum, Ph.D., a psychologist and genocide scholar, author of “The Psychology of Genocide” (Cambridge University Press, 2008), explains that when an authority in the Church makes such statements as Archbishop Acquila did in Steamboat Springs, he vests the angry, the psychopath and the psychotic to use the Jew as his scapegoat.

There are Catholics who see Jesus for his love. John 13:34-35 states: “A new commandment I give to you, that you love one another: Just as I have loved you, you are also to love one another. By this all people will know that you are my disciples, if you have love for one another.”

I had the privilege of meeting Sister Rose Thering a few years before she passed away in 2006 at which time she gave me as a book as a gift, titled, “How Catholics Look at Jews: Inquiries into Italian, Spanish and French Teaching Materials,” compiled by Claire Huchet Bishop and published by the (Paulist Press, 1974). The book zeroes in on all the passages condemning the Jews. The late Sister Rose Thering was well-versed in the holy wisdom of Jesus. Inspired by His teachings, she wrote at the Jesuit-run Saint Louis University her doctoral dissertation, voicing her concern about the treatment of Jews in Catholic textbooks.

Jesus never asked that the Jews be condemned, tortured or excluded, socially and economically. When Pope John XXIII convened the Second Vatican Council, Cardinal Augustin Bea used Thering's study (and the works of many others, such as Father John Osterreicher, Jules Isaac and Abraham Joshua Heschel) to draft portions of what was to be proclaimed in 1965 by his Holiness Pope Paul VI as the document “Nostra Aetate” (“In Our Age”). Notably “Nostra Aetate” declared that, regarding Jesus’ death, “what happened in his passion cannot be charged against all the Jews, without distinction, then alive, nor against the Jews of today.” For future catechetical instruction, it added that, “The Jews should not be presented as rejected or accursed by God.” Historically, we know that Judeans suffered under Roman occupation. Jesus was crucified with two others, allegedly thieves, which personified the suffering of all the Jews at that time – thousands of Jews were crucified by the Romans. Sister Rose realized that the Catholics’ continual verbal condemnation of the Jews had dire consequences. She understood that Hitler had been raised as Catholic. He went to a monastery school, where he walked every day past a stone arch carved with the monastery's coat of arms, which included a swastika. Mussolini was also raised Catholic.

At New Jersey’s Seton Hall University, where Sister Rose joined the faculty in 1968, she established workshops on Judaism for Church leaders and teachers. Today, there is the The Sister Rose Thering Fund for Jewish-Christian Studies. When I contacted Seton Hall, hoping to get an opinion about my concern about Archbishop Aquila’s words, my phone call was never returned. I phoned The Apostolic Nunciature of the Holy See to the United States, the diplomatic mission of the Holy See (the Vatican) to the United States. A crisp voice asked me to leave a message, which was never returned. Hoping to get Archbishop Aquila’s views, I phoned his office in Denver, where I was put in touch with Karen Swanson, director of communications. Karen and I emailed back and forth, but I never received a specific answer as to why Archbishop Aquila invoked the Jews when he talked about Christ. What is the purpose of these injurious comments?

Rabbi David Sandmel, a scholar of Judaism and Christianity in the Greco-Roman world and Jewish-Christian relations, and who was, for 11 years, Crown Ryan Professor of Jewish Studies at Catholic Theological Union in Chicago, specifies, “The point being made by ‘Nostra Aetate’ is that, while specific leaders [Caiaphas, other priests, the Sanhedrin] played a role, according to the Gospel texts it is these individuals and these individuals only – not the entirety of the people either at the time or later – who should be blamed. This serves as a direct repudiation of the classical notion that all the Jews were, and are, responsible for the death of Jesus.” Aquila used the phrase “the Jewish people,” which contradicts “Nostra Aetate.” Had he said “the Jewish leaders, it would not have been [as] problematic.”

Rabbi Sandmel, who today is director of Interfaith Affairs at the Anti-Defamation League, feels that “…at least in Western countries, Aquila’s comments are [today] the exception and not the rule.” He went on to cite a quote from the present Pope Francis:

“…What we should say to our Jewish brothers about the promise made to them by God: Has it        all come to nothing? Believe me, this is a question that challenges us radically as Christians,     because, with the help of God, especially since Vatican Council II, we have rediscovered that the     Jewish people are still, for us, the holy root from which Jesus germinated. In the friendship I cultivated in the course of all these years with Jewish brothers in Argentina, often in prayer I also  questioned God, especially when my mind went to the memory of the terrible experience of the Shoah. What I can say to you, with the Apostle Paul, is that God’s fidelity to the close covenant with Israel never failed and that, through the terrible trials of these centuries, the Jews have kept their faith in God. And for this, we shall never be sufficiently grateful to them as Church, but also as humanity. They, then, precisely by persevering in the faith of the God of the Covenant, called all, also us Christians, to the fact that we are always waiting, as pilgrims, for the Lord’s return  and, therefore, that we must always be open to Him and never take refuge in what we have already attained.”

After the Holocaust many books came out on this subject – not only “How Catholics Look At Jews,” but also “The Diary of Anne Frank,” Eli Wiesel’s writings and stories about “righteous Christians,” to mention a few. However, what is to be noted is that all of these writings are of the moment. Even schools that place Anne Frank’s diary in their reading curriculum are not as powerful as sermons questioning Jews, which youngsters might hear in their church.

In the end, we are products of our own backgrounds. Even those who do not believe at all in religion will tell you, “I came from a Catholic or Jewish or Amish or evangelist background.” We can change, we can have a renaissance but we do not completely escape our backgrounds.

Rabbi Sandmel pointed out that, “The Vatican in Rome maintains a commission for Religious Relations with the Jews. Many dioceses have an office for ecumenical and interfaith relations, as does the U.S. Conference of Catholic Bishops.”

According to the most recent survey done by the Pew Research Center, there are more than a billion Catholics in the world. Even though the Catholic Church has instituted “Nostra Aetate,” and popularized words from popes and other hierarchs in the Church, what is really being done to eradicate completely anti-Semitism from the church? Anti-Semitism still rears its ugly head here and there in remote, individual churches.

Edith Lynn Hornik-Beer is a freelance author/journalist/lecturer. Her articles have been published both here and abroad including in The Sunday New York Times, The Denver Post, Elle, and Berlin Tagesblatt. She gives seminars on writing at Colorado Mountain College in Steamboat Springs. Edith is our ground reporter from Denver.