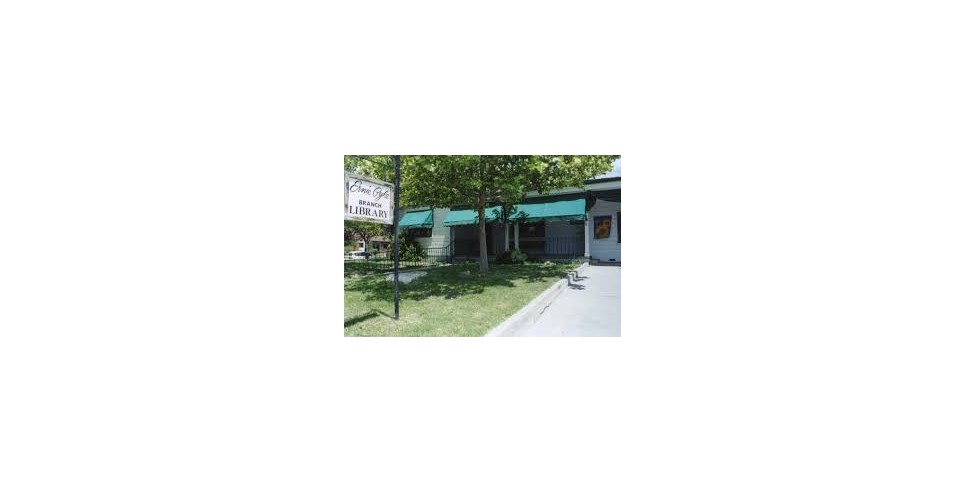 The Ernie Pyle Library is preserved as though it’s February 1945 and War Correspondent Ernie Pyle has just made the decision to return to cover the war in the Pacific Theater. This quaint white house is bordered with a white picket fence and located in the midst of a residential neighborhood on the corner of Santa Monica Street and Girard SE in Albuquerque, New Mexico. Virtually untouched from a bygone era, every detail, including the grave marker of Ernie Pyle’s dog, Cheetah, has been carefully preserved.

While the house appears to be too small and unremarkable to house a library, the man who it is named after is an American hero. Ernest Taylor Pyle, known by all as Ernie Pyle, was a Pulitzer Prize winning Journalist who covered stories about soldiers during World War II. Ernie Pyle is legendary for putting a human face on the grit and raw honesty of the young men who served our country. Instead of writing hard news stories, Ernie Pyle wrote human interest stories and became the voice of the American Soldier during World War II.

Ernie Pyle covered American soldiers on the front lines of battle in France, Italy, Sicily and North Africa. He was awarded the Pulitzer Prize for columns he wrote in 1944 – 45. The stories he captured gave the American people an up close and personal understanding of what our soldiers endured while they bravely fought for freedom on foreign soil.

The Ernie Pyle Library isn’t open right now during the pandemic, but you can still read some of Ernie’s war time columnswhere they are archived at the University of Indiana. In one of Ernie’s last columns, an Exclusive story published in THE ARGUS SAN FRANCISCO, on February 13, 1945, he wrote: “There's nothing nice about the prospect of going back to the war again. Anyone who has been in the war and wants to go back is a plain damn fool in my book. I'm certainly not going because I've got itchy feet again, or because I can't stand America, or because there's any mystic fascination about war that is drawing me back. I'm going simply because there's a war on and I am part of it, and I've known all the time I was going back.”

Shortly after Ernie’s last column was filed, he was killed by sniper fire on April 18, 1945 while covering marine battles against the Japanese on Iejima  (Ie Shima) during the Battle of Okinawa.

Every year on August 3rd, the day of Ernie Pyle’s birthday, the Ernie Pyle Legacy Foundation celebrates National Ernie Pyle Day to honor his outstanding achievement in journalism. In 1997 the house was listed on the National Register of Historic Places and designated a National Historic Landmark on September 20, 2006.

HOURS: The Library is closed during the pandemic but check back by phone or email to see if an appointment can be made to visit.