The Doris Foley Library in Nevada City, California—Prospecting for Gold 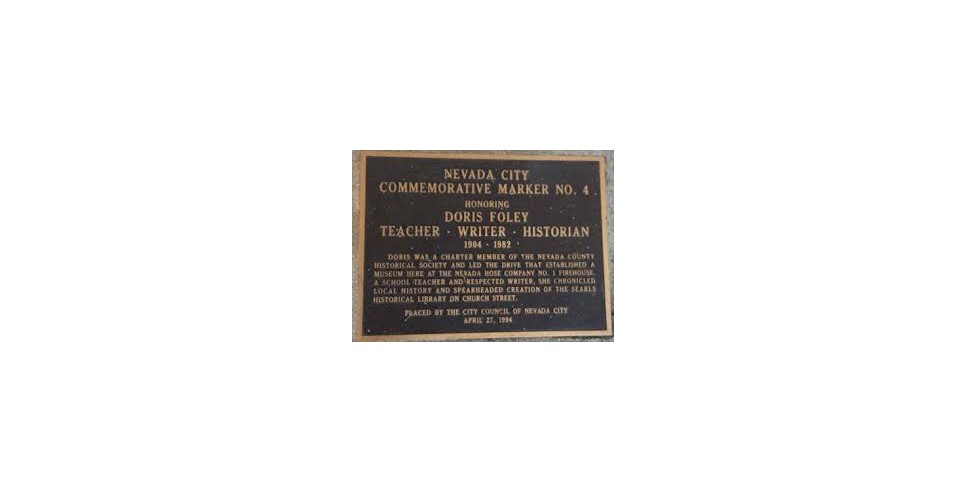 The key to understanding people and the world around us begins with education. One way to learn about the world is by developing a love of books. Each month, we profile a library. Large, small, urban, rural, post-modern, quaint or neo-classic; do you have a library that you love? Tell us about it. This month, Patricia Vaccarino writes about the Doris Foley Library in Nevada City, California.

The Doris Foley Library in Nevada City, California—Prospecting for Gold

Libraries come in all shapes, sizes and styles, often reflecting the community that surrounds them. Many older libraries in America were built due to the generous gifts made by the industrialist Andrew Carnegie via his eponymously named foundation. By 1919, funds from the Carnegie Foundation gave birth to 1,689 libraries. Although a fraction of Carnegie libraries have been razed, today many of these buildings are still standing and continue to operate as libraries.  Some library buildings, though, are no longer operating as libraries. Typical site conversions are museums, civic offices, schools, and churches. There is even one college dormitory in Schenectady, New York and a Church Youth Center  in Decatur, Alabama. The Doris Foley Library in Nevada City started off as the Nevada City Public library, but is now a specialty library for historical research.

One reason to keep the building of a former Carnegie library from being demolished is the sheer beauty of its architecture that speaks of a bygone era. In this case, the building that houses the Doris Foley Library was completed in 1907 and is defined as Romanesque Revivalist,  a unique architectural style that was adopted by a relatively small number of Carnegie Libraries.  Today the library is listed on the Register of Historical Places, along with many of the 19th century buildings located in pictorial downtown Nevada City.

Writer and school teacher Doris Foley, who lived from 1904 to 1982, was a charter member of the Nevada County Historical Society. It is only fitting that this former Carnegie library should now house a trove of archival records related to Nevada County history and be named after Ms. Foley, who was a chronicler of  local history. Research public libraries differ from other public libraries in that its materials cannot be checked out and can only be used on site at the library.

Materials available at the Doris Foley Historical Library include records related to birth and baptism, marriage, death, cemeteries, court records, city directories, maps of area, town, cemeteries, and the railroad; and little nuggets like diaries, letters, the obscure lodge records of the Freemasons, and much more.

As a final note, this library is a researcher’s oasis to get a taste of what it was like to prospect for gold. Nevada City was first settled in 1849 and harkens back to the California gold rush. Make no mistake, Nevada city is actually located in California, not Nevada. Sixty miles to the northeast, Sacramento is the closest major city. With a population just over 3,000, this relatively small city, known for its enlightened population, has become a technology hub for startup companies. A popular vacation destination, the city serves as a gateway to the High Sierras, the Tahoe National Forest and South Yuba River. Where else would you be able to find Pacific Gas & Electric archives?  Even PG & E magazines from 1911 to 1982 can be found here!