Books We Love: The Antidote to Thinking Like an Idiot 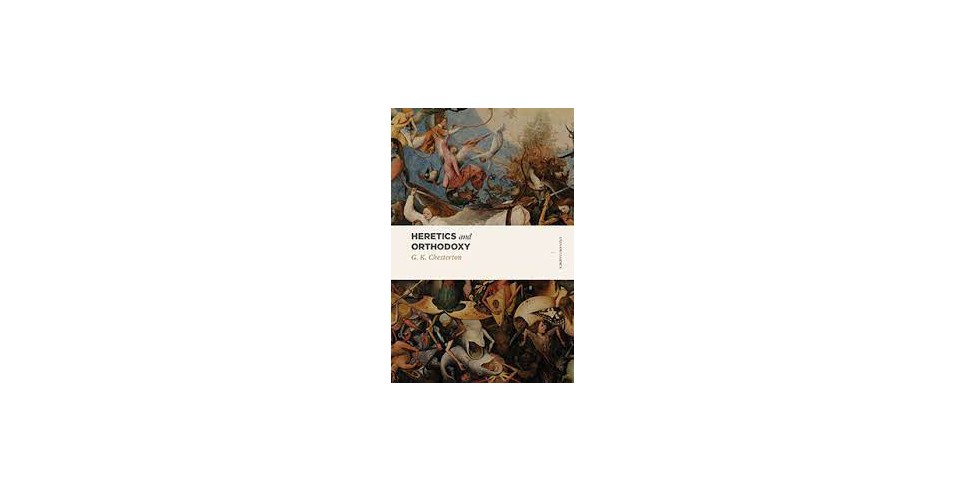 G.K. Chesterton’s Heretics and Orthodoxy is two books, two collections of essays, in one volume, containing some of the most powerful thinking that the world has ever seen. Chesterton is often categorized as a “Catholic” writer but that is a shallow assessment. From Dickens to Whistler, Chesterton lambasts the great thinkers of his time and in some cases makes mincemeat of notable writers including, but not limited to, Robert Browning, Rudyard Kipling H.G. Wells and George Bernard Shaw.

He reveals Friedrich Nietzsche as the fool that he really was by calmly asserting that Nietzsche’s “upper man” or “overman” never explicitly defines the real human being that evolution ought to produce. Nietzsche is not only a flawed thinker but weak. Chesterton has great fun with Tolstoy who he dismisses as a dandy praising peasants from his mighty high position as a gentleman landholder, a snob and an aristocrat.

The entire body of Chesterton’s work is mired in paradox. Every sentence is rich with contextual meaning. If you are reading his work from a Catholic perspective or for Catholic enrichment, you will find fulfillment. (Dorothy Day held his work to be a key influence in her profound conversion to Catholicism.) The depth of his work is cradled in the true meaning of Catholicity—which means wholeness. The essence of exploring wholeness in our thinking is by understanding paradox and the very nature of our paradoxical world. The world is black. The world is white. Both truths can coexist in the same world and in the same mind. And that doesn’t mean the world is grey.

Chesterton inspired me to think about the mystery of life instead of being mired in the current junky books that are being unleashed on our culture. Even though Heretics and Orthodoxy was my beach book for the summer, it was not an easy read, but admittedly, I am strange. I love the way my brain works and I love to think. If you are sick to death of the garbage that is currently being churned out by today’s publishing world, C.K. Chesterton is just the antidote.  While I read slowly, and I can only stress, I read slowly, I found myself grimacing as though I had swallowed bitter medicine, but in the end, I was completely cured from thinking like an idiot.