At Home with De Hooch

Week five of the shutdown. The initial dread and diversion has faded. The existential doubt rises up and we wonder about our basic survival- much as the first settlers of New Amsterdam did long ago when they first arrived here to start a trading outpost. The island of Manna-hatta has become a wild and empty place again and I feel the Dutch spirit rising up from beneath the asphalt. 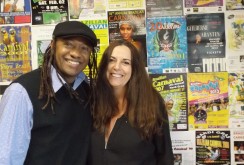 Learning to lead by listening to others

Eduardo Mendonça has performed for Nelson Mandela, Pope John Paul II and the Dalai Lama. He himself descends from a royal African family. But the hardworking Brazilian-born musician doesn’t rest on his laurels. With his wife, Ana Paula Mendonça, the naturalized American citizen founded Show Brazil Productions, a Seattle-area company that promotes Brazilian arts and education opportunities throughout the United States and Canada. 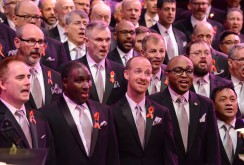 Barbara Lloyd McMichael writes about “Love Beyond Borders,” a program performed by the Seattle Men’s Chorus that is slated for March 20-21 in downtown Seattle. The theme of “Love Beyond Borders” explores Seattle’s unique place in the world as a sanctuary for LGBTQ individuals who grew up in Muslim nations. In the Middle East, assaults, executions, and honor killings of LGBTQ people are very real threats.  Michael Failla, a retired chiropractor, has been working to help LGBTQ individuals by forming an underground railway to help LGBTQ individuals to escape to safety 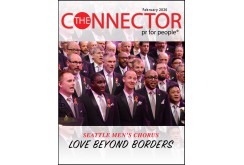 With the 2020 presidential election right around the corner, we have increased the number of articles about politics on our news portal. However, our magazine’s feature articles will continue to explore the lives of people who are making an extraordinary contribution to our world in spite of politics.  This month, Barbara Lloyd McMichael writes about “Love Beyond Borders,” a program performed by the Seattle Men’s Chorus that is slated for March 20-21 in downtown Seattle. 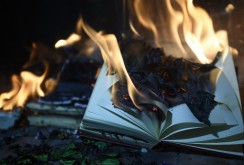 Totalitarian regimes often target books as a threat to their ability to maintain control over the masses. Could the Nazi book burnings of 1933 happen in America? Take a look around, libraries have already begun to ban and banish books. Books on Fire connects the dots by showing us how recent incidents involving public libraries could signal the beginning of a dangerous trend.