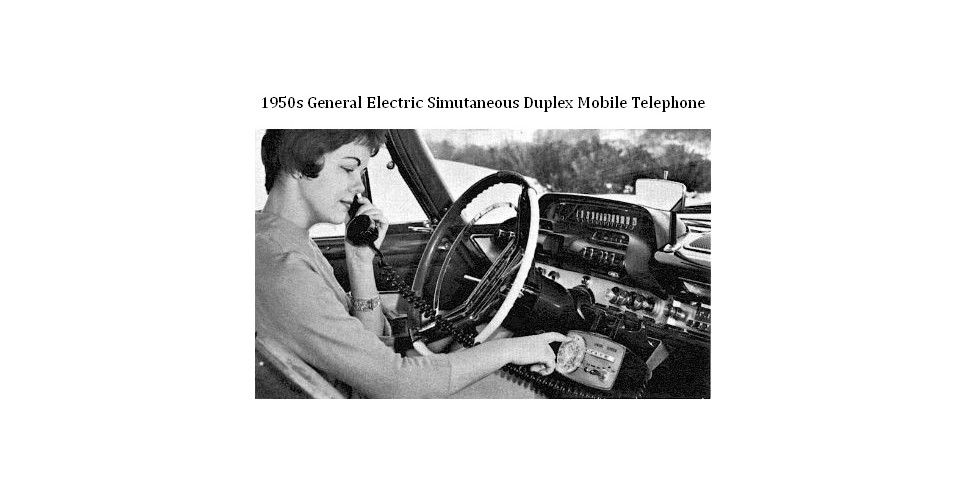 When an item of software or hardware comes to fruition, is it destiny that subsequent offshoots or add-on products emerge? The telephone existed for quite some time, but at some point, along came the answering service. Then came the answering machine. Now there’s voice mail.

Was that destiny? Or was that opportunity, being seized by adventurous and creative minds?

And then there are unanticipated consequences, which might be perceived as destiny.

In the Summer of 2006 a group of developers who had sold a blogging company to Google, were working on a podcasting platform. But the uptake was slow, and then Apple launched iTunes. That effectively blew the wheels off of their product. One member of their new crew mentioned that he’d been working on something in his spare time, an idea he’d had.  It was way to achieve asynchronous communication using SMS, that could be expanded. They tried it out among themselves and realized that not only was it good – but it was addictive. And very easy to use. They showed the product to some VCs and money was easy to raise. Next thing you know, it’s Twitter.

Had Apple not released iTunes at that moment, perhaps their podcast platform might have taken off. Perhaps that team member might have shelved his idea, put it in virtual/digital mothballs, until some other time or maybe never. But Apple did release iTunes, and Twitter did come to fruition.

Back in 2003 a development team was working, developing an MMO game (Massive Multiplayer Online game), which included the players uploading images. The game wasn’t meeting the developers’ expectations, but the image upload utility had become wildly popular among the beta testers as a photo-sharing application. The game went kaput, but the photo sharing skyrocketed. They named it Flickr. The rest is history, as Flickr zoomed to popularity and major success.  A few years later Flickr was acquired by Yahoo for over $20 million dollars. Was that destiny, or was it a fortunate consequence of fate? The game was a bust, but the beta testers made the developers aware that there was something worthwhile within it.

How to characterize that? There are choices: Destiny. Luck. Unintended or unanticipated consequence.

Adding to the mysteries of destiny, lightning does strike twice in the same place. The very same lead developer of Flickr, roughly a decade later, decided again to create an MMO game. Working out of the Bay Area in conjunction with a team in Vancouver they pursued the build.  During the process they created an excellent digital communications system between the two locations. The game never came to market, but the crew realized their internal digital communications system was a viable product in and of itself, That product? Slack.

Slack has become one of the fastest success stories, adopted by countless companies, valued in the billions.  Destiny, or an accident of fate?

Flickr and Slack: in both cases, it was secondary, a tool of necessity, not thought of or intended as a main source or the point of focus. Is this destiny or an accident of chance, of fate? Both times, really, unanticipated consequences.

In both of those cases, it was secondary, a tool of necessity, not thought of or intended as a main source or the point of focus. Is this destiny or an accident of chance, of fate? Both times, really, unanticipated consequences.

The Internet of Things has had impact on Digital Destiny in many ways. This is not limited to controlling the heating of your house or monitoring the doorbell when you’re away.  Digital destiny in this day of ubiquitous connectivity means ownership of all of your personal data. That’s data you might not have perceived or experienced as attainable or “holdable” prior to the digital age.  With wearable devices you can gather and own this data. You can download, or via WiFi or Bluetooth, just send, your glucose level onto a spreadsheet, same with the number of steps you take per day or hours you’ve slept or your pulse rate, heart rate or blood pressure.  If you’re a jogger you can wear a device that tells you how far you went and at what pace. Digital destiny is now a veritable aspect of health and fitness.

Is this destiny or the evolution and convergence of connectivity, innovation, devices and creativity?

Then comes the pure joys of digital delights. Music on one’s portable digital device, be it a smartphone or a tablet, provides delight. Same goes for books. Amazon’s Kindle began it, and then the Kindle became available as an app on other devices, other operating systems. Bookstores and booksellers created e-readers.  What amazes some oldsters, but is a reality for members of a younger set: watching movies or other video content on a smartphone or tablet – a very small screen.  What was once considered content produced for the large screen (movies, “spectaculars”) is now consumed on these smaller devices.

Again: is this destiny?

Other digital delights: games of all sorts, especially those enhanced by connectivity. People play Scrabble or words With Friends with opponents worldwide. This crosses generations, economic and racial divides, and any number of what might once otherwise have been barriers.

On an individual basis there are crosswords and other puzzles available as apps.

And then there’s education, motivation, relaxation, religion, and any number of audio services available as apps, steams, podcasts or subscription services.

Discussing this is one thing. Hearing about it from the horse’s mouth is another. Unable to find a digital horse, I went one better.

Bob Frankston has played a key role in two Digital Era, paradigm-changing events. Those are events that have had an impact on almost everyone’s Digital Destiny. There’s every chance that if you’re reading this, you’ve made use of both. Chance? No, let’s make that a likelihood.

in 1978 Bob Frankston and Dan Bricklin created VisiCalc, the original widespread and successful electronic spreadsheet program.  That morphed into Lotus 1--2-3, and now the predominant spreadsheet program in use is Microsoft Excel.  It has been written that VisiCalc revolutionized the Personal Computer industry. It was, “The program you didn’t know you needed until you used it. Then you couldn’t live without it.”

VisiCalc sold nearly a million copies almost overnight. No other software had taken off that fast in the early days of the PC. Some have suggested that the success and popularity of VisiCalc motivated IBM to enter the personal computer market. Without VisiCalc the market made less commercial sense.

Bob later spent time working at Microsoft, with the home networking team. The original plan for home networking was to replicate the old “extension phone” model, and to charge for each additional PC on the network. Bob created the small piece of hardware in the middle (the NAT) that enabled [the home network] to bypass the outside connectivity, and offer a fully operative internal home network while still having access to the rest of the connected world.

With regard to the Digital Destiny question, I asked Bob if he considered it destiny that he and Dan had created VisiCalc, such a powerful, enabling, durable product? Bob’s answer offers insight and a fascinating look at Digital Destiny versus the sum of past creating their present.

“With VisiCalc Dan and I were lucky -- we didn't realize we'd chosen the exact triple point -- a small app, that appealed to financial people who would not only be customers but would fund the industry. And for me it happened again at Microsoft when the little NAT allowed the value of content to bypass ATT et al, opening up Home Networking for the masses, not just the few.

But with VisiCalc it wasn't entirely lucky -- what seemed like destiny was years of wide experience. I've always been curious about exploring ideas and saw software not as a trade but as a way of capturing my understanding. In High School I took advantage of any opportunity to hone my skills and it led to a job in the underbelly of Wall Street. There I got a real education in finance without the illusion and pretense. I saw how people read more into the numbers than was really there. In college I took l classes ranging from accounting to psycholinguistics to electrical engineering. I programmed screen editors and also learned how to make software to empower users of interactive systems. Dan programmed one of the very first word processors and we both worked on Multics - the original information utility.

We both recognized that the simple Apple II gave us the ability to give people access to computing that was more immediate than traditional systems and we knew the program was a means of creating illusion and experience. The program was a great success.

Sure we were lucky but it built on a wealth of background that gave us the ability to seize the opportunity. Years after we did VisiCalc the industry was unable to get these key ideas. It took the VisiCalc product manager at our publisher, after the business relationships soured, to create the successor 1-2-3 and almost another decade for Microsoft's Excel to become a force in the industry.

The ideas were obvious to us yet not to others.”

To Bob Frankston it seems that his Digital Destiny is more the manifestation of experience, prudence, and vision. Plus learned ability. That seems like innovation.

Is Digital Destiny, then, more closely aligned with innovation than fortune?

Ending on a personal note: I’m an avid baseball fan. I go to a lot of baseball games, have been doing so all my life. Since the age of 5 years old I’ve kept score at nearly every MLB baseball game I’ve ever attended. Last season at Yankee Stadium with a few business friends, one asked why do I do that? Another, before I could say a word, looked at him and said, “Dean is Mister Data! Baseball is all about Stats and Strategy and the numbers! Of course Dean captures every move of the game. It’s a data pro’s dream!”

She was right. Data was my destiny, from age 5 on.  When Digital and Connectivity came along, it was icing on the cake. A love of baseball, the numbers, the stats, the strategy, was the genesis of my Digital Destiny.