Notes From the Working-Class

Latest Posts in Notes From the Working-Class 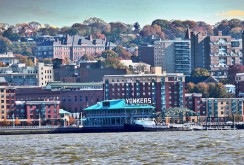 NOTES FROM THE WORKING-CLASS: Wipe Out

My neighborhood in the north end, called Down the End by the locals, trilled and thrummed with the unerring twang of guitars. Every boy on the block, talented or not, musically inclined or musically challenged, had mastered the three simple chords to play Wipe Out on the guitar with unerring frequency, regardless of the season or the time of day. From garages and basements, yards, parks and parking lots, impromptu jam sessions broke out into the ubiquitous street sound of drums humping under the sturm and drang of electric guitars. 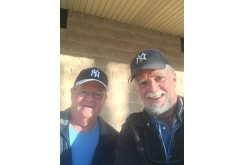 Patricia Vaccarino writes about William “Bill” Powers who lived about thirty miles northwest of Denver in Longmont, a town famous for its craft breweries. Although Bill lived in Colorado, he never forgot his hometown Yonkers. 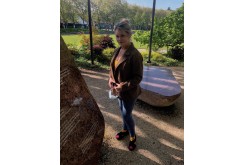 NOTES FROM THE WORKING-CLASS: Come September

Even though it has been many years since I've been in a classroom, when September comes, I can’t shake the feeling that I belong in school. It’s ironic that I should feel this way because I hated school. 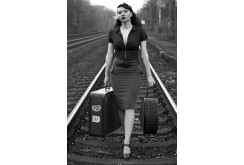 NOTES FROM THE WORKING CLASS: The Mother of All Handbags 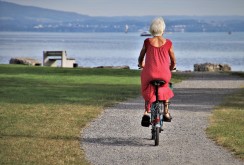 NOTES FROM THE WORKING-CLASS: Dirty Gertie

Gertrude’s wispy-thin hair is shock white. Although she’s pushing a hundred, she doesn’t look a day older than eighty. Introducing herself by her nickname, “Trudy,” she smiles, showing her broken teeth—some decaying and in need of extraction.  Gertrude confesses she was never called Gertie because kids would have picked on her and called her Dirty Gertie, and you know what that means—Dirty Gertie is a bad girl, easy, a slut.