Building Back Better: The Department of Justice 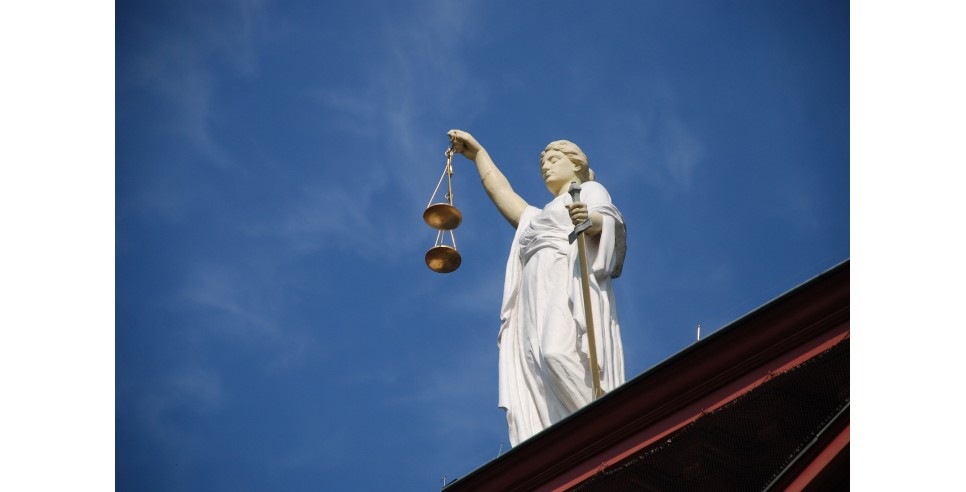 The disrespect that Senate Republicans accorded Judge Merrick Garland four years ago, when they refused even to give his Supreme Court nomination a hearing, will not be repeated when Garland comes before the Senate in the coming days to be confirmed as the next Attorney General of the United States, and head of the Department of Justice.

During the Donald J. Trump presidency, the DOJ grabbed a lot of headlines. But that hasn’t done much for the advancement of those cherished aspirational American values of indivisibility, and liberty, and justice for all.

Jeff Sessions, Trump’s first Attorney General, was sworn in after Trump’s executive order calling for a Muslim ban, but the newly-minted AG did go on to promote draconian enforcement of immigration laws by clamping down on self-proclaimed Sanctuary Cities and allowing a zero-tolerance policy that separated parents and children at the southern border.

Even so, Sessions was forced out two years later for not doing enough to promote the President’s personal agenda.

He was replaced by William Barr, who enabled Trump’s repeated efforts to push against the accepted limits of presidential power. It was Barr who stepped out in front of the release of the Mueller report, falsely claiming that the report exonerated Trump, and publicly muddling the report’s damning conclusions regarding Russian connections to Trump’s presidential campaign. It was Barr who blocked Congress from reviewing the unredacted report.

Likewise, the Attorney General undermined his own Department’s ongoing prosecutions against the President’s crooked cronies such as Michael Flynn and Roger Stone, and meddled in their sentencing. Barr even moved to install DOJ lawyers in place of Trump’s personal legal team in a defamation lawsuit brought by a woman who alleged Trump had sexually assaulted her before he became President.

It is no coincidence that over the past four years, the Department of Justice has hemorrhaged career attorneys who became disillusioned by the actions of the top leadership. Yet even today, the Justice Department remains the largest law office in the world, with well over 100,000 employees. It encompasses several agencies, including the Federal Bureau of Investigation, the Drug Enforcement Administration, Interpol, the Bureau of Alcohol, Tobacco Firearms & Explosives, the Antitrust Division the Civil Rights Division, the Office of the Inspector General, and more.

This is a far cry from the department’s humble roots when it was founded 150 years ago, and the position of Attorney General goes back even further. When Congress first established the AG position in 1789, it was envisioned as a part-time gig to handle occasional legal questions.

Clearly, the responsibilities of the Attorney General and the DOJ have expanded with the growth of the country. And as citizens, we should at least be familiar with the DOJ’s mission statement, which states that the DOJ exists “To enforce the law and defend the interests of the United States according to the law; to ensure public safety against threats foreign and domestic; to provide federal leadership in preventing and controlling crime; to seek just punishment for those guilty of unlawful behavior; and to ensure fair and impartial administration of justice for all Americans.”

It’s a tall order, and a quick scan of the scores of men, and two women, who previously have served as this nation’s Congressionally-confirmed Attorneys General reveals that not all of them have been up to the task.

There have been some outright rogues: Warren G. Harding’s AG, Harry M. Daugherty, got cozy with bootleggers and was accused of graft and fraud. Richard Nixon’s AG, John Mitchell, was involved in the Watergate Scandal and was sentenced to prison on several counts.

When regarded in hindsight, even those who tried to serve with honor compiled a mixed track record. Attorney General Francis Biddle failed to dissuade President Franklin D. Roosevelt from the blanket evacuation and imprisonment of Japanese-Americans who were living on the West Coast during World War II.

Robert F. Kennedy, serving as Attorney General under his brother, and then for a year under Lyndon B. Johnson, developed a reputation for supporting the civil rights movement – but was criticized by some for not having have done more sooner to support civil rights workers being persecuted in the segregated South.

And Janet Reno, America’s first female AG and the longest-serving AG in the 20th century (under President Bill Clinton), deserved credit for overseeing the convictions of both foreign and domestic high-profile bombers (Sheik Omar Abdel-Rahman for the World Trade Center bombing, and Timothy McVeigh and Terry Nichols for the Oklahoma City bombing). But early on, she botched the raid on the Branch Davidian compound in Waco.

It is impossible for any AG to anticipate or successfully navigate every challenge that comes his or her way. But Sessions and Barr, distracted and manipulated by the theatrical posturings of their boss, utterly failed to attend to the needs of an increasingly diverse American public during their respective stints as the “nation’s top cop.”

Instead of developing a legal approach that honored this country’s longstanding promise to extend, in poet Emma Lazarus’s words, a glowing “world-wide welcome” to the “tired… poor… huddled masses yearning to breathe free” – they caged immigrant children, sometimes for months on end, and deported them back to desperate circumstances in unsafe homelands.

And instead of trying to remedy this country’s systemic racism in police enforcement and criminal prosecutions, they exacerbated it in selective raids and arrests.

President-elect Biden, in no uncertain terms, has instructed his nominee to the Attorney General post that “You won’t work for me…. Your loyalty is not to me. It’s to the law, the Constitution, the people of this nation.”

And it’s up to we, the people, to see that Garland adheres to this mandate. He will be confronted with a host of critical opportunities to address environmental justice, racial justice, cybercrime and penal reform.

We’ll be watching as he begins his work at the Department of Justice – to build back better.