Building Back Better: Can Beauty Save Us? 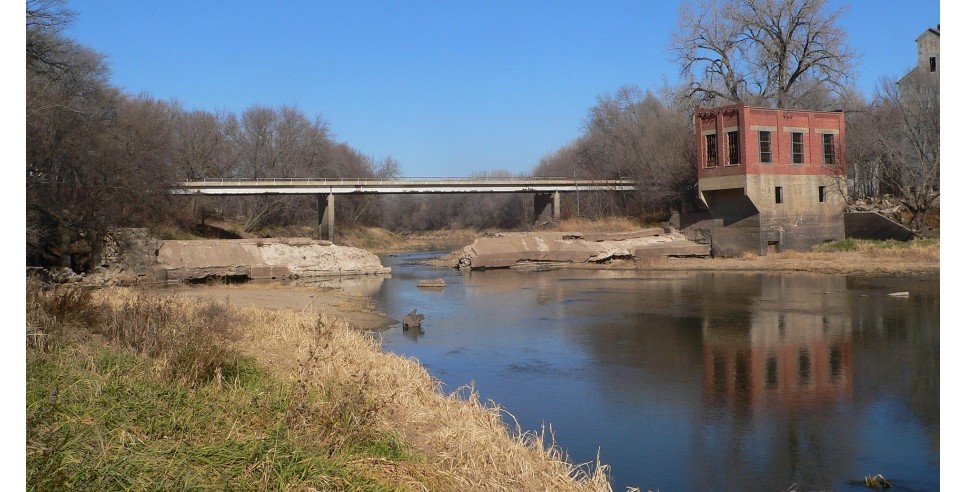 You are reading this in the middle of a summer that started early this year, with record-breaking temperatures in late spring prematurely crisping great expanses of the United States. Remember how climate change deniers used to laugh off the threat of global warming not all that long ago? Well, now we’ve entered a new phase that is no laughing matter - we’re finding ourselves in the midst of a full-blown climate crisis.

So, in a month filled with headlines about heat waves, wildfires, power grid failures, epic droughts in some places and severe flooding in others, it may seem out of touch to pivot to the topic of beauty. But in the Biden administration’s Building Back Better scheme, beauty may end up being the salvation of the world.

In 2016, influential American biologist E.O. Wilson outlined the concepts for large-scale conservation in his book, Half Earth: Our Planet’s Fight for Life. A year later, an international group of scientists followed up with “An Eco-Region-Based Approach to Protecting Half the Global Realm,” which further advanced the argument connecting the preservation of significant swaths of habitat for endangered species with the reduction of atmospheric carbon. By 2019 that group had fine-tuned their argument: their Global Deal for Nature presented principles, goals, and interim targets, which included the “30x30” concept of conserving 30 percent of the planet – both lands and oceans – by 2030. In the two years since then, international momentum has been building for this science-based plan, which aims to prevent the collapse of the natural systems we all depend on – a stable climate, potable water, breathable air, and reliable food sources – to sustain life on our planet.

Yet with mounting evidence on various fronts demonstrating that these systems were already in the midst of actively changing – the mega-fires, precipitously melting glaciers, expanding ocean dead zones, longer hurricane seasons, increasing territory and intensity of tornados – Donald Trump’s “America First” presidency showed scant interest. Trump himself remained obdurately skeptical of climate change. Not only did the nation’s 45th president take the United States out of the Paris Treaty (the global climate accord that set ambitious goals for reducing the production of greenhouse gases), Trump also directed the dismantling of a wide swath of domestic climate protection policies that had been put into place by previous American presidents. He promoted opening both marine and land-based national monuments to energy exploration, loosened air pollution standards, and gave the go-ahead for the Keystone XL Pipeline project to be built in the United States.

Last November, a majority of Americans rejected Trump’s leadership, and in January of this year, Joe Biden came into the Oval Office with an entirely different attitude. Less than 24 hours after being sworn in as President, Biden took action to have the U.S. rejoin the Paris climate accord. Since then, he has continued to halt or reverse more of his predecessor’s climate change-related rollbacks.

Beyond that, Biden’s Executive Order 14008 articulates a suite of policies for tackling the climate crisis, which he puts at the center of America’s national security and foreign policy. In order to deploy a government-wide approach to climate change issues, Biden has established a new National Climate Task Force that includes climate policy experts as well as all the members of his Cabinet.  Also in E.O. 14008, the President sets his intention to have the United States achieve the 30x30 objectives.

When Biden took office, about 12 percent of U.S. land and 23% of U.S. oceans already had protected status, according to the U.S. Geological Survey. But under a new America the Beautiful Initiative, jointly developed by the U.S. Departments of the Interior, Commerce and Agriculture, along with the White House Council on Environmental Quality, the Biden administration hopes to protect over 720 million acres of America’s lands and waterways. Notably, this plan looks not only to conserve more public lands and waters, but also to enlist voluntary and locally led conservation and restoration efforts. This will include supporting Tribe-led conservation and restoration priorities, and incentivizing the voluntary efforts of farmers, ranchers, forest owners, and other private enterprises.

This approach is in keeping with Biden’s belief that, as he said throughout his campaign and repeated again on Inauguration Day, “There isn’t anything we can’t do if we do it together… America’s story depends not on any one of us, not on some of us, but on all of us, on ‘we the people.’”

Indeed, the administration made a point of reaching out to a wide array of stakeholders as it developed its America the Beautiful Initiative, consulting with organizations like the National Cattlemen’s Beef Association, the National Corn Growers Association, and Trout Unlimited, which later issued statements in support of the plan.

The president of the National Corn Growers Association, Mark Linder, acknowledged the feds’ outreach to the NCGA, saying that his organization “has long advocated that voluntary conservation efforts are the best ways to deliver sustainable results on the farm. And we conveyed that to the Administration in a conversation with them about their 30x30 initiative last month. We're glad they listened….”

But that didn’t stop American Stewards of Liberty, a right-wing, Texas-based nonprofit that advocates for protection of private property rights, from promptly branding this initiative the “30x30 land grab” and “a plan advanced by radical environmental activists.”

Nebraska Governor Pete Ricketts, a Republican, was one of the first politicians to jump out in front of the issue. He launched a flurry of town halls around Nebraska, parroting language lifted directly from the American Stewards of Liberty manifesto and making that organization’s pamphlets available at his events. Ricketts told his constituents that the America the Beautiful Initiative would negatively affect both the state and local tax base, and that Biden’s plan for conservation easements was a case of federal overreach.

But Nebraska Democratic Party Chair Jane Kleeb scoffs at Ricketts’ “tour of lies” and now is conducting her own beers-and-burgers speaking-and-listening tour throughout the state to counter the Governor’s disinformation campaign.

The America the Beautiful Initiative is a voluntary program, she emphasizes. “The administration has said that multiple times.”

Kleeb, who is also the founder of Bold Nebraska, the group that mobilized significant resistance against the controversial Keystone Pipeline route through her state, notes that “It’s obviously pretty amazing that Governor Ricketts is calling a voluntary program a land grab, when a real land grab the Governor supported was the taking of properties through eminent domain along the route of the Keystone pipeline.” (The Keystone project has since been shut down, but affected Nebraska landowners now are having to go to court to try to get their land back.)

Kleeb pointed out that historically and environmentally significant areas in the state like the Willa Cather Memorial Prairie and the Nebraska Sandhills, one of North America’s most important migration sites, could benefit from preservation easements, and protecting that land would have the additional benefit of supporting more cultural and environmental tourism.

“We want to see more money going into rural communities,” she said. “We can’t let Republicans distort an issue that will actually help the community.”

Across the country, there are beautiful forests and fields and waterways that deserve protection. Debates like these will be going on in every state of the nation, as the Biden administration introduces its America the Beautiful plan to stakeholders, listens to concerns, and tries to work with Americans of all persuasions to chart a path – together – toward climate stabilization.