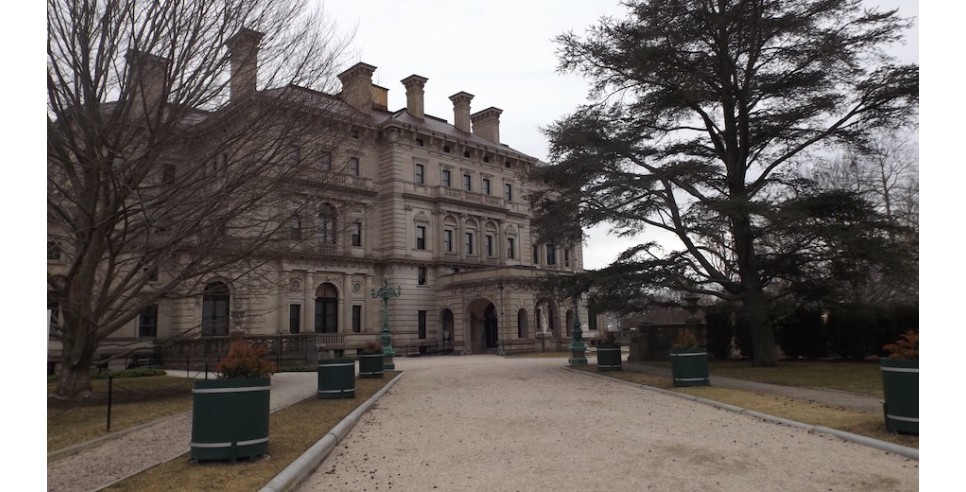 Youngest daughter Gladys Vanderbilt, who grew up to marry a Hungarian count and eventually inherited The Breakers, recalled that both of her parents were considered “shockingly lax” when it came to their children’s reading choices. While many upper-class families in that day compelled their youngsters to read from a prescribed list of books that were thought to instill character and virtuous behavior, Cornelius and Alice Claypoole Vanderbilt gave their children free rein to read what they wished.

“My mother… wasn’t going to let her children waste their time on tedious and worthless stuff just because it taught a moral lesson,” Gladys once scoffed. “We were permitted to read any book we chose….”

And in fact, the archival collection of the Vanderbilt’s library contains some “200 misc. books for 25 cents” – probably not all high-brow material, but perhaps stories that offered different perspectives on other ways of life in the ever-changing world.

This resonates with a sentiment that was inscribed into the library’s ancient stone fireplace sometime in the 19th century, after it had been salvaged from the chateau. Loosely translated, the inscription reads: “Little do I care for riches/and little are they missed/since only wisdom matters in the end.”

Even back during the Gilded Age, writer Henry James called Newport’s over-the-top summer cottages “white elephants.” And while that kind of lifestyle isn’t necessarily less feasible for today’s ultra-rich, it may not hold the same relevance or appeal.

For the rest of us, however, The Breakers and its neighboring mansions do offer a fascinating glimpse into the social patterns of a different era. They may prompt visitors to think about the way wealth is acquired and expressed – in any era. And how – or whether – knowledge is valued.

The Breakers is one of several Newport estates that are open to the public, primarily during the summer months, thanks to the efforts of The Preservation Society of Newport County. To learn more, visit www.newportmansions.org