“If you say you drive, nobody compares you to a Nascar racer. If you say you can cook, nobody expects you to be a chef. But if you say you’re a singer, you’d better be a professional,” says Kelly Armor, a northwestern Pennsylvania folklorist and musician. “Our culture believes that true singers are a chosen and blessed few.”

Kelly’s engineer father and computer programmer mother encouraged her early interest in music. Her father taught himself guitar basics by watching the 1960s show, "Sing Along With Mitch", and Kelly would sing little songs with her dad. She took band instrument and piano lessons in elementary school and loved to sing and perform.

In college, Kelly decided to major in music, rather than engineering or computer science. Her parents accepted her decision, and she did very well at Yale University. After two years, though, she learned of the Friends World Program of Long Island University, which better suited her musical interests. Through that program, she spent two and a half years living with families in Africa, learning traditional music and culture.

Kelly’s experiences in Africa influenced her music after she returned to America, and she spent more than a decade traveling as part of a folk music performing duo. They also ran workshops at schools, churches and festivals. “I learned that being a full-time artist was not hard, if one was happy to live incredibly simply,” she said.

Eventually, Kelly took a job as a part-time folklorist at the Erie Art Museum, which led to a career as the museum’s education and folk-art director. She administers the Old Songs, New Opportunities program, which trains former refugees to work in early-learning centers and to teach their traditional songs to the children. Approximately 10 percent of the northwest Pennsylvania population is made up of refugees who have fled troubled countries.

In her recent TedXErie talk, Kelly spoke about a Swedish study, which revealed that the quality of parents’ voices does not matter when they sing to their babies, and that singing creates a powerful and emotional bond between parent and child. Agreeing that the act itself is more important than its perceived quality, Kelly says, “The more we sing to each other, the happier we are. It’s that simple.” 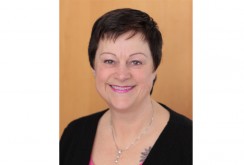 Laura Longley didn’t start out to be a talk radio host or a spiritually-oriented coach for people in career and life transitions. In fact, her family taught her to value math and science skills, so she worked in IT for 28 years.

“I liked getting a paycheck,” she said. “But beyond that…” she trails off, searching for other moments of pleasure, not finding many.

Beyond interacting with people, not much about IT project...